11 Reasons Why an E-Bike Might Not Be for You

The numerous benefits of electric bicycles are undeniable. We are big advocates of e-bikes for this reason and are glad that they are quickly growing in popularity.

However, as with any large purchase decision, it’s worthwhile to consider the possible disadvantages that may impact your choice.

The reason why you buy an e-bike will impact whether or not each disadvantage is relevant to you. For example, electric bikes are expensive. If you buy one to replace your car for commuting, you will save money upfront and even more over time. You will also significantly reduce your carbon footprint.

If you buy an e-bike to replace your regular bike, then your carbon footprint would increase, and most likely your expenditure too.

With that said, let’s take a look at some of the negatives associated with buying an electric bike, so you can make the best, most informed decision possible.

11 Downsides of Owning an eBike

Not all of us have the luxury to live in a private home, where charging an electric bike is easy, safe, and convenient.

Another point is that e-bike batteries generally take 4 to 6 hours to charge fully, with some premium batteries charging in 1, 2.5 to 3 hours, although this is uncommon. This means you must be prepared at all times so you do not run out of battery mid-ride, because of the next point, e-bikes are normally very heavy, therefore slightly inconvenient to ride.

Thankfully, most e-bikes have a display that indicates your battery level and gives a warning when it falls below a certain point.

Finding a suitable power outlet, or carrying the bike up with/and without an elevator at an apartment building can be a hustle – unless you live on the ground floor.

A great value hybrid bike starts from $2,000. Here is the eCTY model by Co-op Cycles, a brand that is well known for its great value bikes with plenty of ratings and feedback to rely on.

Well-built, reliable, and durable e-bikes are quite costly when compared to regular bicycles.

A good entry-level e-bike will cost at least $1,100 (such as the Lectric XP 2.0) with big brands charging around 50% more for their cheapest models. Whereas, you could buy a mid-range hybrid bike by a big brand like the Trek FX2 for $730 for example.

Sure, you could buy a cheap, low-quality e-bike, but it may cause more problems in the long run, than it is worth the time dealing with. Low-range batteries, weak motors, extremely heavy components, and uncomfortable touchpoints of a cheap electric bike could take the joy and utility away from it.

The situation where this becomes irrelevant is if you buy an e-bike to replace your car. By doing so you can make big savings on gasoline, insurance, repairs, and the cost of purchase too.

Anyone who has ridden an e-bike will know that almost all of them (except the very top models) are very heavy, weighing usually 50 to 70lbs. This is not too important when you are using the pedal assistance or the throttle, but if your battery runs out, it becomes a big problem.

Trying to ride a 60lb bicycle up even the smallest incline or against the wind is extremely taxing, meaning you need to be careful to ensure your battery has enough charge at all times. Thankfully, with innovations in battery technology and other materials, the base weight of e-bikes is slowly creeping down.

#4 You are going to need expensive protection

E-bikes are a big financial investment, so it is important to protect that investment if you plan on keeping it safe for a long time. This is especially important to riders who use their e-bikes in urban environments such as a city commute to work or to run errands.

Insuring your electric bike with specific bicycle insurance or as part of your home insurance for example will be an extra recurring cost. Additionally, you will want to have a high-quality lock and possibly even an anti-theft GPS tracker if your e-bike is very expensive. These security measures may seem excessive but will give you peace of mind if you are worried about your bike.

The speed limit of your e-bike depends on which Class (1, 2, or 3) of electric bike you have and where you live. In the USA, there are fewer restrictions. Class 2 or 3 e-bikes can reach speeds of 28mp/h (45km/h) on assist mode or with the throttle. Class 1 bikes are limited to 20mp/h (32km/h).

These speeds are very fast and can make it difficult to control a heavy e-bike if you are not an experienced rider. In addition, electric bikes with more powerful motors can have fast acceleration that can cause riders to lose control if they are not used to the bike.

#6 There are rules to ride an electric bike

E-bikes are classified into three groups as mentioned above. While restrictions are minimal in most states, Class 2 and 3 models are restricted in some areas such as on multi-use pathways or in national and state parks. Some states require you to wear a helmet among other things. You can find your own state’s laws here.

In Europe, the laws are even more strict and manufacturers must limit max speeds to just over 15mph / 25kph. Additionally, some countries require licensing and insurance equal to mopeds and scooters.

*There are actually four classes of eBikes, while the 4th class is illegal to ride in public spaces.

Even the best lithium-ion batteries by brands like Samsung, Bosch, and Panasonic have very limited lifetimes. They generally last around 800 charge cycles. This is around three years of weekly commuting to and from work with the average e-bike.

New batteries are generally quite expensive, costing between $500 and $1000 depending on the brand. However, with less intense use, e-bike batteries have been shown to last up to seven years.

That being said, if you are used to driving a car, this type of expense is quite common, especially when driving used cars. 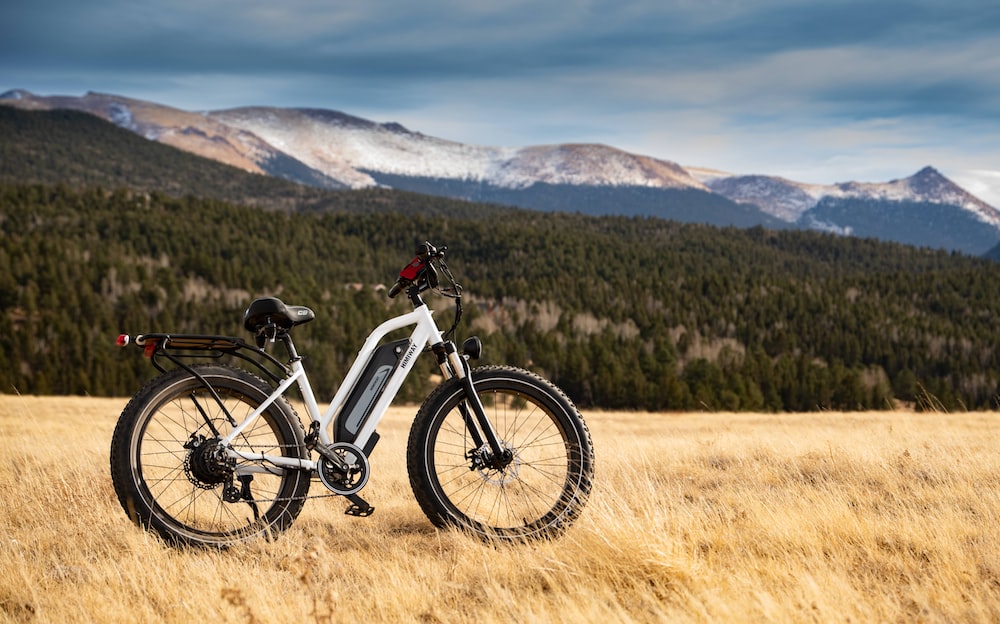 For some people, a disadvantage of riding an e-bike is that you can become reliant on the motor instead of building your fitness. As electric bikes are generally very heavy, once the battery is gone it becomes difficult to cycle. This may discourage you from riding without assistance.

However, this doesn’t apply to those who just want their e-bike for transport like to replace a car. Additionally, you can still build fitness by using the lowest pedal assist levels as much as possible.

When choosing a cheap e-bike you are going to sacrifice on performance.

Low-quality wheels, spokes, and brakes are the most common components that won’t work too well with a heavy e-bike. If you happen to live in a hilly area make sure to remember that aggressive turning or heavy breaking can impact the overall safety.

#10 Extra Care Limits the Ease of Use

E-Bikes & the Sun. Electric bikes are not intended to be left out in the burning sun for hours at a time. Let’s say you are going to a beach or visiting your friends – you’ll be needing to find a spot somewhere in the shade as the sun rays can damage the display or the battery.

That being said, you are at an increased risk for bike thieves who have more time and privacy to pick the bike lock. What you can do to prevent it is to place a cloth (like a shirt or a hoodie) over the sensitive electronic parts.

E-Bike battery needs to be charged (at least 30% at all times) – All-year-round. Let’s say you are going on a holiday or have forgotten to charge the battery in the past few months – it means the battery has gone flat. If you have gone through any eBike safety manual – it states that it can actually damage the longevity of the battery life if it’s sitting at under 10%.

However, as mentioned above, they are significantly more environmentally friendly than other motor vehicles, with a much smaller manufacturing process than fully electric cars. This makes e-bikes excellent alternatives for commuters.

Are electric bikes not as eco-friendly as standard bicycles?

It is true that e-bikes aren’t as eco-friendly as standard bicycles. This is largely down to the extra parts they need like the battery and motor.

Recycling an old battery isn’t fully possible but some of the parts can be salvaged for future use when done correctly. Additionally, you must use electricity to charge the battery.

An unassisted, standard bicycle could be better for those who don’t have a long commute, who just want the bike for exercise purposes, or those who are fit and healthy enough to cycle where they need to go without assistance.