Breezer Bikes is one of the longest-operating bicycle manufacturers in the US and the first pure mountain bike brand.

Although they aren’t one of the most well-known US bike brands today, their dedication to innovation throughout the late 1900s helped drive forward the bike industry (particularly the off-road category) and paved the way for modern manufacturers.

This Breezer Bikes review will provide a detailed overview of the brand, its technology, and the types of bikes on offer.

In the mid-to-late 1970s, Northern California resident Joe Breeze merged his passion for cycling with a knack for design and fabrication to create the first purpose-built mountain bike, ‘The Breezer,’ from the ground up.

Breezer took inspiration from the best klunker bikes of the time that began the off-road movement by modifying old Schwinn bikes to be capable on mountain trails.

He was a crucial player in the foundation of the National Off-Road Bicycle Association (NORBA) and, along with the team at Breezer, created the world’s first dropper post, Breeze-In dropouts, and new D-shaped steel and aluminum tubing. All the while, the company was releasing more off-road models, such as the Sweet Spot full-suspension MTB.

In the ’00s, Breezer Bikes began to focus on the bikes-for-transportation category, devoting the brand to the ‘Transportation for a Healthy Planet’ movement and releasing a whole lineup of models equipped for shopping in town, commuting, and combining with public transit.

From its inception until the early ’00s, Breezer Bikes was at the forefront of innovation in the bicycle industry. As mentioned, they are responsible for inventions such as dropper posts, hollow mountain bike cranks, and 3D dropouts.

This section will discuss some of the current tech used in the design of Breezer bikes.

Apex Force Transfer (AFT) switches the mounting point of the rear disc brake caliper to the chainstay and seat stay instead of just the chainstay. This design reduces weight, increases frame clearance for accessories, and protects the rear brake caliper.

How to Measure a Bike Frame — Our Easy-to-Follow Guide

Finding the correct size bike is tricky because of the massive variation in how manufacturers measure and list ...
Read full review

Joe Breeze created this style in 1993 to save weight and increase frame stiffness without negatively impacting how the bike handles.

D’Fusion tubing was an innovation in hydroforming that molded the end of the frame tubes into a D-shape to be stronger and lighter at the joints. This design had a secondary benefit of improving ride characteristics.

Another frame innovation by Breezer Bikes was the ‘Breeze-In’ dropouts that replaced traditional cast dropouts. This hooded shape is stronger, lighter, and stiffer than the conventional shape, improving ride quality. In addition, they allow the tubing to extend closer to the rear axle, making wheel changes easier and shifting better.

JFE steel is untreated steel purchased from Japan and custom hydroformed to create the D’Fusion profile and give complete control over the thickness and shape of the tubes, which isn’t possible with pre-treated tubing. This control allows Breezer to optimize its frame strength-to-weight ratio and ride characteristics.

Breezer’s 4130 Chromoly steel is the material Joe Breeze used when he started in the ’70s.

Chromoly is regarded as one of the best steel alloys you can buy in terms of strength-to-weight, five times the tensile strength of 6061 aluminum. In addition, it has excellent shock-absorbing characteristics, is easy to repair, and is highly durable.

Most Breezer bikes also offer multi-mount capabilities which makes them an excellent choice for bikepacking adventures.

As of 2022, Breezer has a limited lineup of 13 bikes. These include four Breezer e-bikes, five transportation models, and four adventure bikes.

Since their move to a transportation-focused business model, Breezer has slowly reduced its mountain bike range and now only has one rigid mountain bike remaining among an extensive selection of city and gravel bikes. 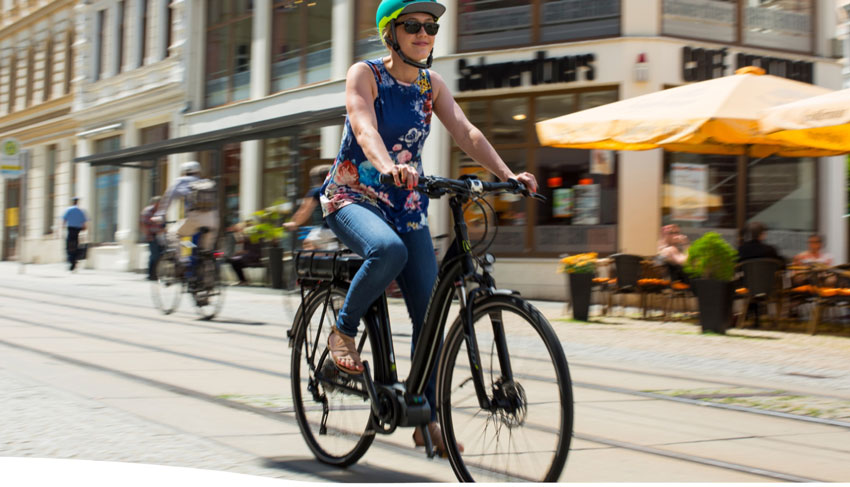 Breezer has a range of four fully-equipped aluminum electric city bikes currently available. They aim to make e-bikes with everything needed to replace your car and make urban transportation quick and convenient.

Breezer e-bikes are entry to mid-level in terms of spec and pricing. The most affordable model is the Greenway+, a low-step bike with a Shimano STEPS E5000 motor, a 418Wh battery, a 63mm Suntour fork, 700c x 47mm tires, and an 8-speed Nexus hub.

The next model is the Powertrip+. It has a Bosch Active Plus 3rd Gen motor with a 500Wh powerpack. The Powertrip+ also has 700c x 42mm tires, a 9-speed Shimano Altus/Alivio drivetrain, and a 63mm Suntour fork.

Finally, the Powerwolf EVO+ is the premium Breezer e-bike. This model has the same fully-integrated Bosch electronics as the Powertrip EVO+, versatile 27.5 x 2.4″ tires, a 100mm travel Suntour Mobie fork, and more robust WTB i27 TCS rims. This build kit makes the Powerwolf the most off-road capable Breezer e-bike. 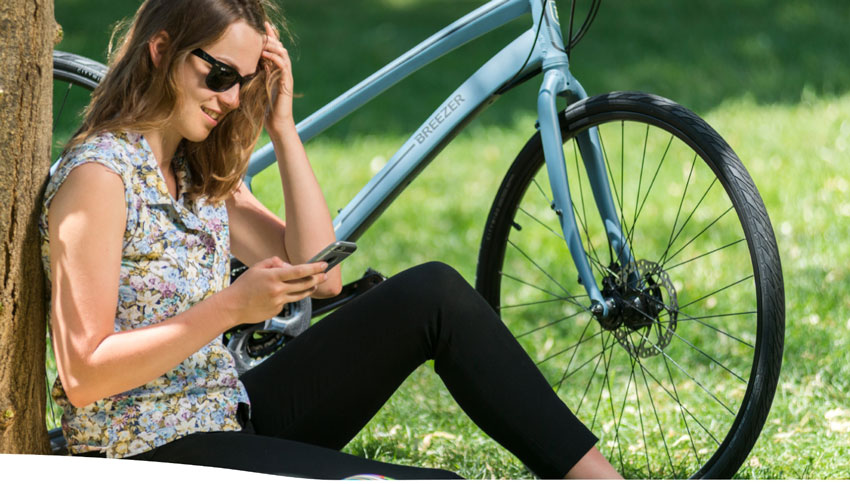 The Midtown 1.5 is the next in the lineup. This aluminum hybrid has a 2×9-speed Shimano Altus drivetrain, comfortable 27.5 x 2.4″ tires, mechanical disc brakes, and mounts for a rack and fenders.

Finally, the Breezer Squall bike straddles the line between a transportation and adventure bike. This unique gravel-style design uses a foldable aluminum frame and carbon fork loaded with mounts, 650b wheels wrapped in 47mm gravel tires, and 2×11-speed GRX810 gearing. The Squall also has a proprietary travel case that doubles as a trailer. 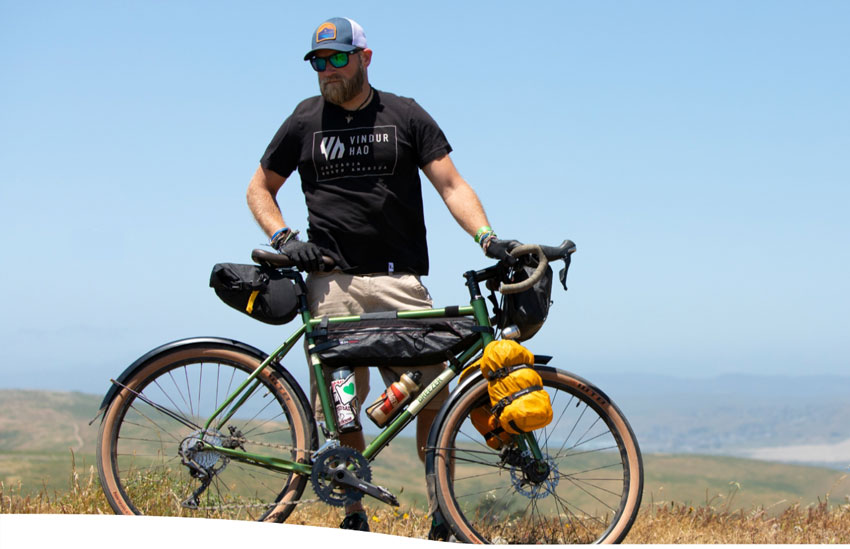 The Breezer Thunder is the only mountain bike on the lineup in 2022. This rigid MTB has a Chromoly steel frame, 12-speed Shimano Deore gearing, 29 x 2.4″ tires, hydraulic discs, and a KS RAGE-i dropper seatpost.

Where are Breezer bikes manufactured?

Breezer Bikes are manufactured in Asia, but the company doesn’t identify the exact location. When Joe Breeze started, he manufactured the bikes in the US. However, the cost of manufacturing a bicycle in the USA today would be too high to be competitive.

Yes, Breezer Bikes are good. Although Breezer Bikes are not a well-known brand, its products are good quality and reliable. In addition, they typically fall into the entry-level or mid-range pricing, with most of their models costing less than $2,000. However, their bikes aren’t considered high-performance.

Where to buy Breezer bikes?

You can buy Breezer bikes on their online store or from popular online retailers such as Jenson USA. In addition, many bike shops throughout the United States stock Breezer Bikes. Consult the map on their website’s “Where to Buy” section to find the closest one to you.

Are Breezer mountain bikes any good?

Yes, Breezer mountain bikes are good. They use reliable components from manufacturers like Shimano, WTB, Goodyear, and Suntour. However, as of 2022, Breezer only sells gravel-style adventure bikes and one rigid-fork mountain bike. They don’t have any hardtails or full-suspension models in their new range.

Final Thoughts: Should You Buy a Breezer Bike? 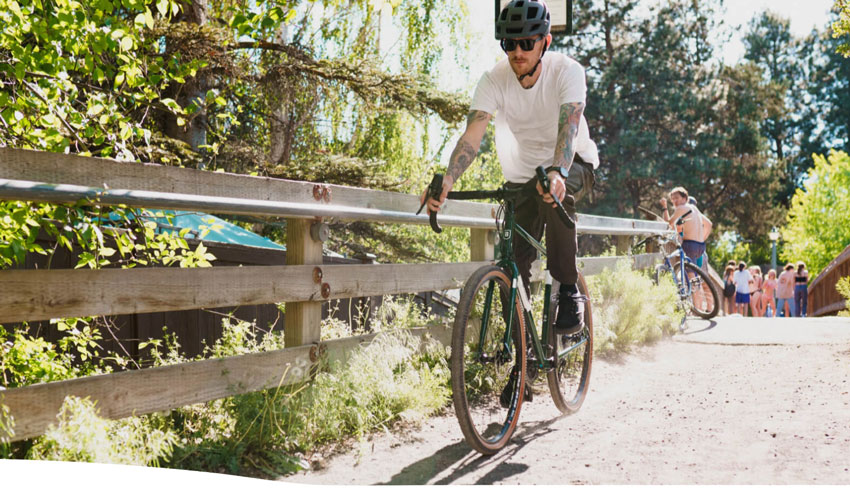 In our opinion, Breezer bikes offer plenty of value for money in the entry/mid-level range of urban, gravel, and e-city options. These bikes are competitively-priced due to the lower brand name value.

The brand’s dedication to innovation throughout the years continues to shine through in its new models. Their custom-formed aluminum and steel frames have solid ride characteristics and durability. In addition, the components are primarily from recognized manufacturers like Shimano, WTB, Schwalbe, Bosch, Gates, and Selle Royal.

The one area where Breezer seems to cut costs is in the lesser-known brake and cranksets choices. The company also saves money using primarily steel builds, which is the cheapest frame material. As a result, Breezer bikes are typically a little heavier than the competition.

Consider a Breezer bike if you’re looking for a reliable and versatile urban, adventure/gravel, or e-city bike.

Breezer Bikes is one of the longest-operating bicycle manufacturers in the US and the first pure mountain bike brand.

Today, Breezer Bikes’ range includes electric, adventure/mountain, and transportation models sold in the US and Europe.