Cycling vs. Running: 11 Reasons Why Cycling Is a Better Choice 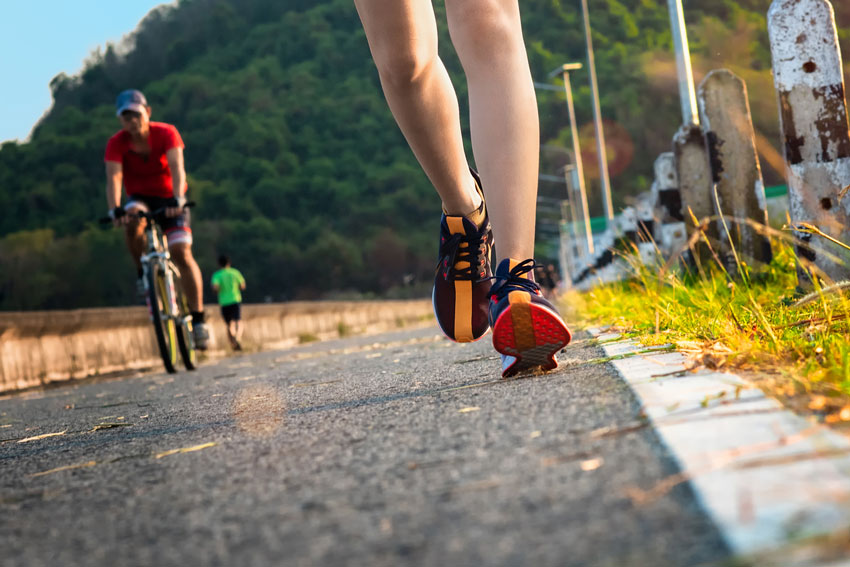 We are here to settle the age-old debate that all runners and cyclists have—which is better, cycling or running?

Both involve escaping to the outside world, but cycling takes you further and can turn your workout into an adventure while being environmentally friendly at the same time.

Anyone into fitness has either tested both activities or conceived the idea of taking on one or the other, to shed some calories and enhance their overall strength and physique. Any form of cardio is beneficial to health, but some forms such as cycling are easier to take up as a hobby.

If you wonder if biking is better than running, it’s time to clear any doubts. 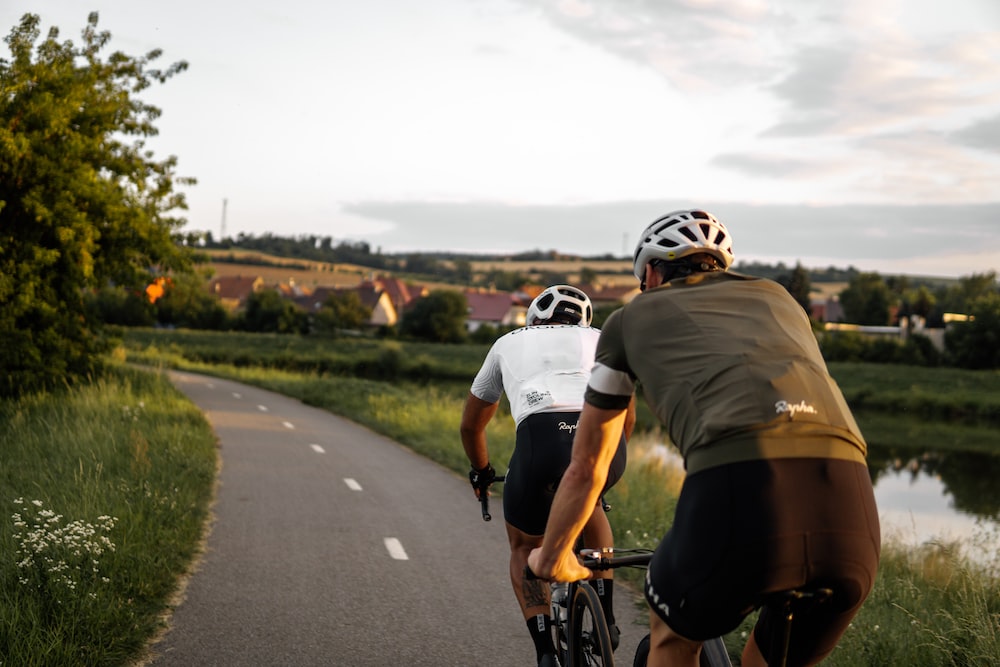 While running may be the quickest approach to achieving weight loss, cycling is a more fun way to burn that fat as cyclists travel longer distances at faster speeds, burning more calories. Medical studies show that runners burn out faster compared to cyclists, due to a multitude of factors.

It is also easier to develop a workout routine because of less effort involved in cycling. When looking at running vs cycling for weight loss, keep this in mind before deciding.

As a complete beginner, you could only run for a few minutes, but you could easily cycle for 30 minutes to an hour, burning more calories overall.

Running requires one to lift their body off the ground multiple times to move forward, but the center of gravity remains constant when cycling, reducing the rate of fatigue. Plus, cycling is a low-impact activity, so it’s less likely to cause joint injury, such as knee pain

However, when considering cycling vs running for weight loss, it’s best to also include a diet plan to manage your calorie intake, since exercising alone won’t be enough to help you reach your weight goals.

Both running and cycling are significant activities for maintaining a good cardiovascular system in the body.

Cycling also promotes mental health by stimulating the brain during vigorous activity, as cyclists need to consider multiple factors and mentally prepare for the path ahead.

However, if one has a weak heart or other underlying health conditions, it is advisable to limit any form of cardio activities and speak to a physician first.

Overworking the heart and muscles can cause more harm than good to the body. 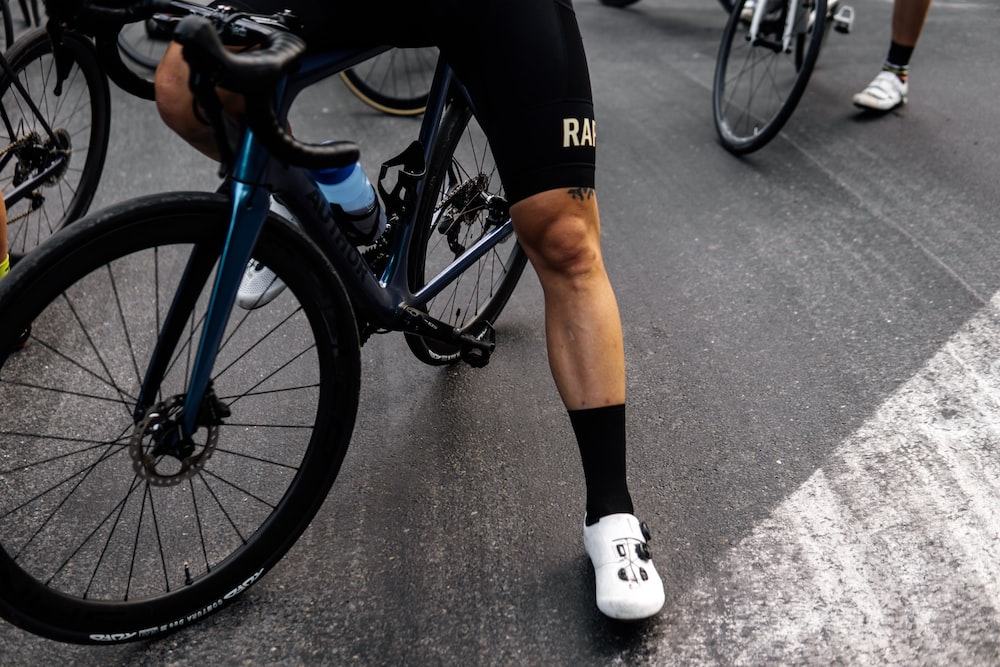 If building muscle is mainly why you’re considering running vs biking, you’ll build more muscle in the lower half of the body from cycling.

Running is not an effective way to build muscle, usually resulting in more toned legs. Most people that work out in the gym often skip leg days, so cycling can help to compensate for this.

Rather than taking a car or the bus to the gym, try to cycle there to prepare the muscles for a session and warm up the body. Cycling back home is also highly beneficial post-workout and keeps the fat burning.

Cycling works numerous muscles in the lower body, including your quads, hamstrings, glutes, and calves, especially if you’re riding uphill.

Running involves additional muscles in the body compared to cycling where you just sit on the saddle and let your legs do all the work.

The human body hurts more after a run because of the extra impact put on the bones and muscles, unlike when riding a bicycle.

Moreover, runners need to lift their body weight with every step they take, whereas cyclists work hard uphill but effortlessly roll downhill.

Runners are limited in what they can carry on their runs while cyclists can load up their bicycles with excess baggage. Any extra weight directly affects the strain put on the body, ceteris paribus. 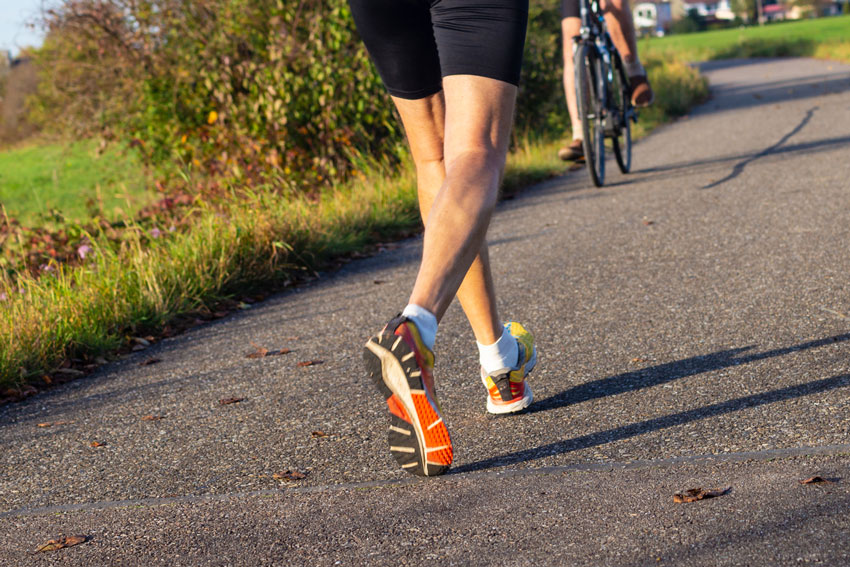 Scientifically, cycling proves to be more beneficial because of long-term damage to the body caused by the impact between the body and the ground experienced by runners.

The knees have to take on any extra vibrations and uneven surfaces increase the possibility of an injury. Excessive running can cause more harm than good to the body because of oxidative stress. It increases the possibility of heart problems experienced by people who overwork their bodies.

Cycling can be less vigorous and controlled using gears as well as riding e-bikes that ease off any extra stress from pedaling.

Exercising should be a pleasant and rewarding activity. If it’s causing long-term harm to the body, it’s time to stop and reconsider the workout routine.

6. A more fashionable way of exercising

We can argue that cycling is a more fashionable way of exercising compared to running because of the availability of sleek bikes and trendy clothing.

Runners have less variety of clothes to pick from and have a constraint on carrying an extra pair to change into, especially if it’s formal! When considering cycling vs running as a daily routine, try to pick one that is practical and fits into your lifestyle.

The availability of saddle bags and pannier bags makes it easy to carry documents and gear on bicycles while continuing daily routines.

On top of that, riders can hit dirt tracks on the way home from work and get their daily dose of cardio in, while runners may find this challenging. It ‌would be odd to run to a meeting or event and get there all sweaty, which is less likely to happen if you commute by bicycle!

7. Get in more miles

It’s uncommon to hear of cross-continent runners, while cyclists are well known for circumnavigating the globe. Cycling gives you the freedom to travel longer distances over a variety of terrain, come rain or shine.

Professionals recommend running no longer than 9 miles a day on average, whereas cyclists can easily clock in 50 miles daily, with some long-distance cyclists doing over 80 miles!

Many e-commerce companies in bigger cities make use of cyclists to deliver their products to clients using cargo bikes. Cycling can now – more than ever – turn into a profitable hobby while getting you fit and burning those extra calories. 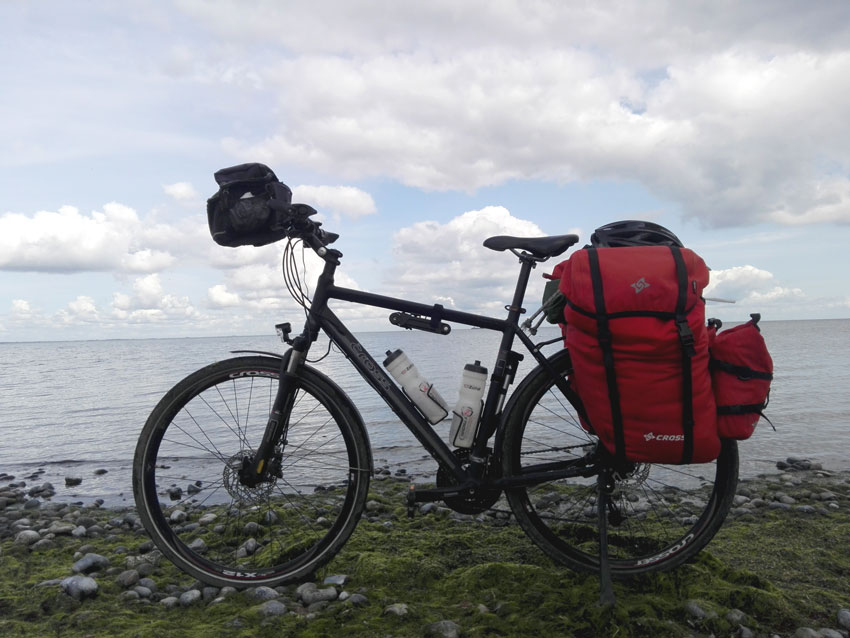 The advantage of bikes is that manufacturers can customize them to suit the client’s needs and cater to their specifications.

Engineers and bike designers conceptualized touring bikes and bikepacking bikes to travel long distances with minimal breakdowns and carry ample load. It may sound like a strange idea initially, but once people get used to life on the road, they’d rather not go back to the norm.

Many of our friends and long-term readers have made their bikes a permanent home and are traveling the world on them. They load up their bicycle with their tent, clothing, spares, and any other gear that they need and hit the road for months or years.

When we are asked to decide between biking vs running, all our professionals came to a unanimous conclusion that bikepacking is much better than backpacking because who has ever seen a backpacker running? Biking is clearly one of the best ways to tour.

Running is great and gets the endorphins up, but have you ever tried hitting a dirt trail at high speed? Climbing treacherous hills, going around tight bends, and zooming down at a crazy speed. I’m sure just the thought of it gets your heart racing and makes you want to get on a bike right now and grind your favorite path.

Who doesn’t want a great sex life, right? The secret to better performance in bed is to get cardio into one’s daily routine, and what better way to exercise the body than cycling?

A good cycling training plan improves cardiovascular health and pumps blood into all the right places while building leg, glutes, and lower back muscles.

However, men should be careful to ensure they choose the right bike saddle that fits well—you could end up cutting off circulation down there, potentially causing problems. 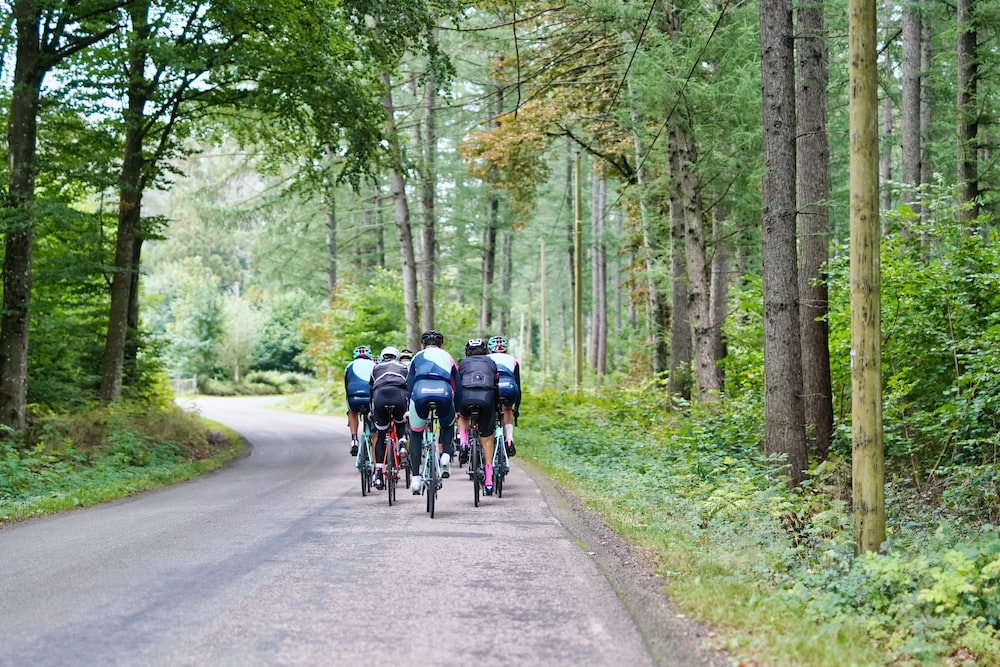 Cycling and running are both great group activities but cyclists are a different breed, creating a social event that involves getting together with friends and hitting the roads with sight-seeing stops and coffee breaks. Recreational cycling is a popular activity practiced around the world in cities, the countryside, or even in the wilderness.

Although runners often exercise in groups, they rarely stop along the way for a break to socialize, which is very common for cyclists.

Group cyclists have a formation that enables them to have eyes and ears on the front and back of the group, improving team spirit and togetherness.

In a world full of socio-economic problems, group cycling is one of the best hobbies to take up—it’s a great way to find a community with similar interests to support each other mentally and emotionally.

12. Ride Anywhere, Under Any Condition

Most cyclists don’t fear the elements and love to be out and about under any conditions, unlike many runners who like to monitor the weather and prefer being in an optimum performance climate. Bicycles nowadays are equipped with state-of-the-art mechanisms that enhance ride performance and improve handling under any conditions.

While running hasn’t changed much even with advancements in modern shoes and clothing, cycling enthusiasts globally disregard the weather and ride conditions thanks to the availability of performance bikes.

They can take on any rough terrain regardless of how tough the climatic conditions are, promoting the popular cyclists’ mantra: “The best time to cycle is anytime.”

You may also enjoy reading…

Injury Prevention and Rehab for Cycling

Best Home Exercise Bikes in 2023: All You Need to Know