Juliana Bicycles was founded in 1999 by ‘Juli’ Juliana Furtado, a former World Champion mountain bike rider who after retiring in 1997, created the first women’s mountain bike after being inspired by the pioneering women riding and racing in a male-dominated sport in the 1980s and 1990s.

The brand is about more than ‘shrinking and pinking’ bikes for women, they design and develop their frames from the ground-up to specifically meet the demands of female riders. Designed with help from Santa Cruz Bicycles, the Juliana brand has grown to a range of women’s mountain bikes in their own right as well as components and apparel.

The Californian brand has worked well with Santa Cruz Bicycles, who have lent their technical expertise to some of the Juliana mountain bikes which include patented technology such as Virtual Pivot Point (VPP) suspension systems in their full-suspension mountain bikes.

There is now a range of Juliana bikes from Trail to Cross Country to Gravel bikes, each a ripper in their own right. 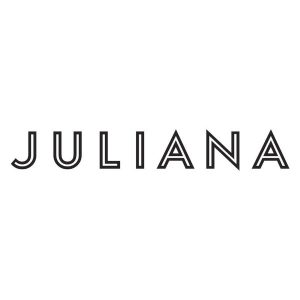 The women in the team ride everything from the Enduro World Series (EWS) to local epic races. There are currently six riders on their roster, all based in the USA or Canada, they are Rose Grant, Evelyn Dong, Brittany Phelan, Emily Slaco, Alex Pavon, and Laura Battista.

Juliana Bicycles also have a second-team, ‘Free Agents‘. This is made up of riders across the world who race everything from cyclocross to downhill. These riders include Jaime Hill, Mical Dyck, Genevieve Baril, Tanja Naber, Debi Motsch, Raphaela Richter, Zephyr Sylvester, and Anne Galyean.

Alongside their official ‘teams’, Juliana Bicycles also have a team of ambassadors to women’s MTB. They are situated across the world and uphold Juliana’s values while promoting the brand on social media and at events they attend. These ambassadors include Vanessa Hauswald, Julia Hobson, Aneela McKenna, Hailey Elise, Anka Martin, Rachael Walker, Emily Sabelhaus, Emilé Zynobia, Sofia Jaramillo, Clare Hamilton, and Brooklyn Bell. 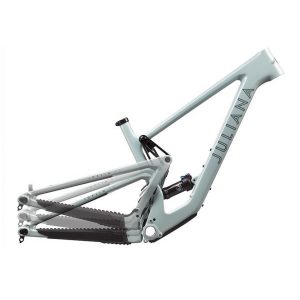 VPP has been used on their bikes since 2001 and is designed to be supported by manufacturers in the long-term, so you won’t find it outdated when your bike requires maintenance. Essentially VPP can be optimized for each rider.

A rider on a shorter travel bike like an XC bike can use VPP to make sure every watt is transferred to the bike, rather than wasted energy on bumps etc. Whereas those on a longer travel bike may want the bumps dampened and isolated from their ride so they can ride harder.

Trail bikes make the perfect all-around mountain bikes. They have enough suspension travel to help you get over the rough stuff without weighing you down on the climbs as heavier bikes do.

Juliana Bicycles make three trail bikes; Furtado, Roubion, and Maverick. Each bike comes with a different amount of suspension travel and/or wheel size. These bikes are equally at home at the bike park as they are on the natural trails and longer all-day rides.

There is a mix of carbon and aluminum frames on offer so there is a higher chance of being able to buy one of the bikes on a budget. 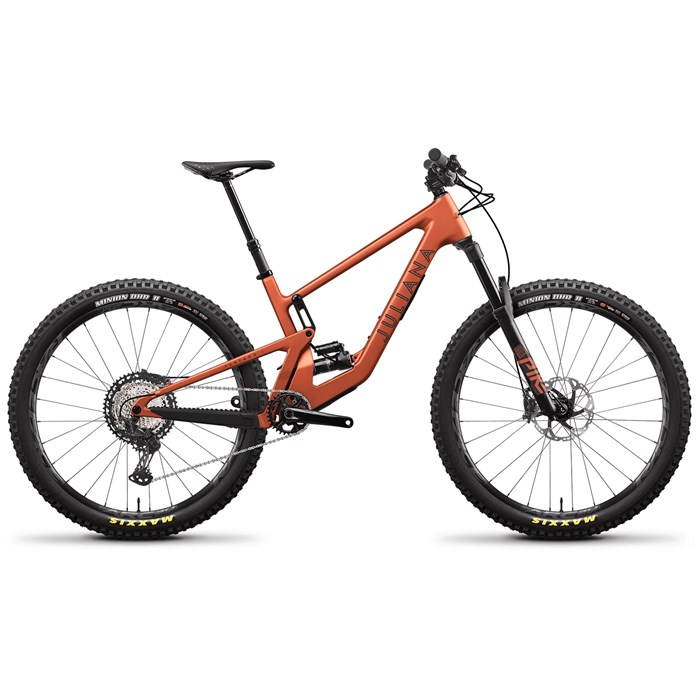 Named after the founder herself, the Juliana Furtado bike is a full-suspension women’s bike designed for XC and Trail use.

It features either a Carbon C or Carbon CC frame, and 27.5” wheels which makes it incredibly agile on the trail. We’ve put it in the ‘Trail’ category due to the amount of suspension travel, 130mm at the rear and 140mm at the front – XC bikes normally don’t have this amount of travel as riders value weight saving over extra capabilities as there is so much climbing involved.

You can find Juliana Furtado bikes for sale across the globe either direct from Juliana Bicycles online or at approved dealers. 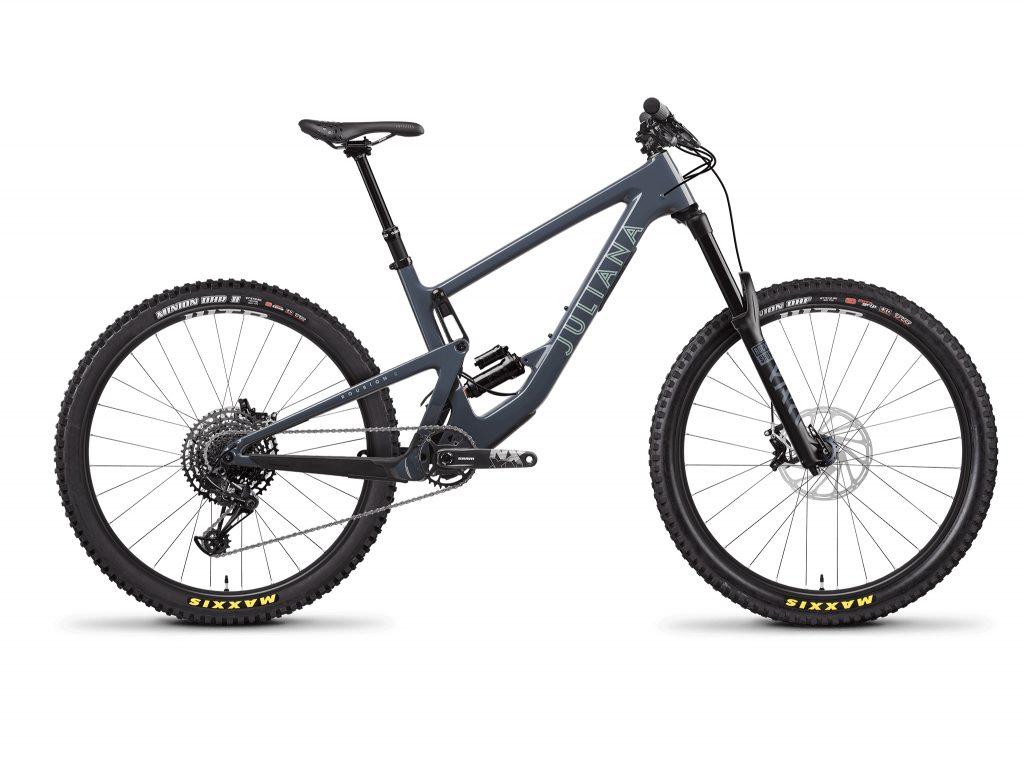 The Roubion is named after a stage in the Trans-Provence race and is a capable all-mountain or Trail bike.

Nudging the category definition of Trail, the bike is equipped with 160mm of front travel and 150mm rear. It is easily as capable on an Enduro circuit as it is at the bike park or all-day trail exploration. The 27.5″ wheels make the handling agile, while there is a choice between aluminum and carbon frame materials, making it a bike suitable for multiple budgets. It uses Santa Cruz’s VPP suspension system which reduces the need for extra linkages in the rear triangle, thereby reducing maintenance requirements over time. 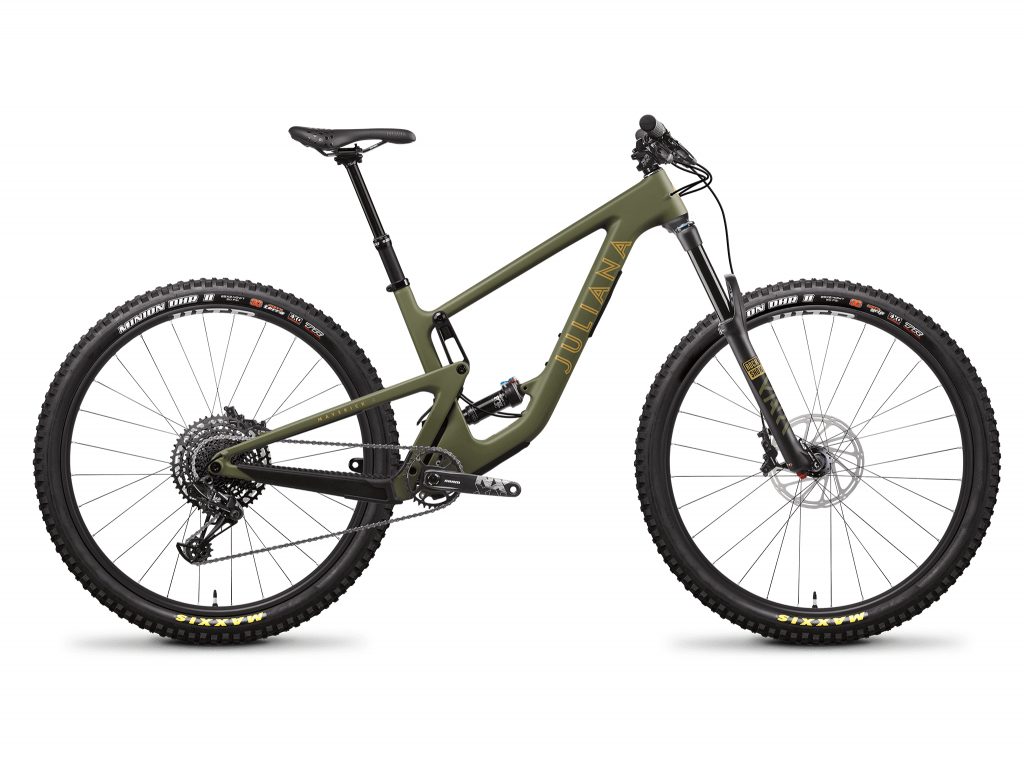 Equipped with 150mm of front and 140mm rear VPP supported suspension travel, riders can tune out the harsh lumps and bumps of trails so they can extract every ounce of power transfer to the pedals, leaving nothing wasted. This system also creates a smoother and more comfortable ride, while the 29″ wheels will help you roll over larger obstacles in your path.

Juliana has also included space for a water bottle in the front triangle because they recognize not everyone buying a bike will be racing, so whether you’re an EWS racer or riding an all-day epic, the Maverick will suit your riding needs.

The modern XC courses are a long way from riding on green level trails and if you watch the professional racing you’ll notice the drops are getting higher, the descents steeper and the climbs more technical. If you want to keep up you need a bike that is lightweight yet capable of tackling all of the above.

Juliana Bicycles make one specific XC model, the Joplin; a 29er that includes room for a water bottle even in the XS sizing, demonstrating how Juliana Bicycles designs their bikes with smaller riders in mind. 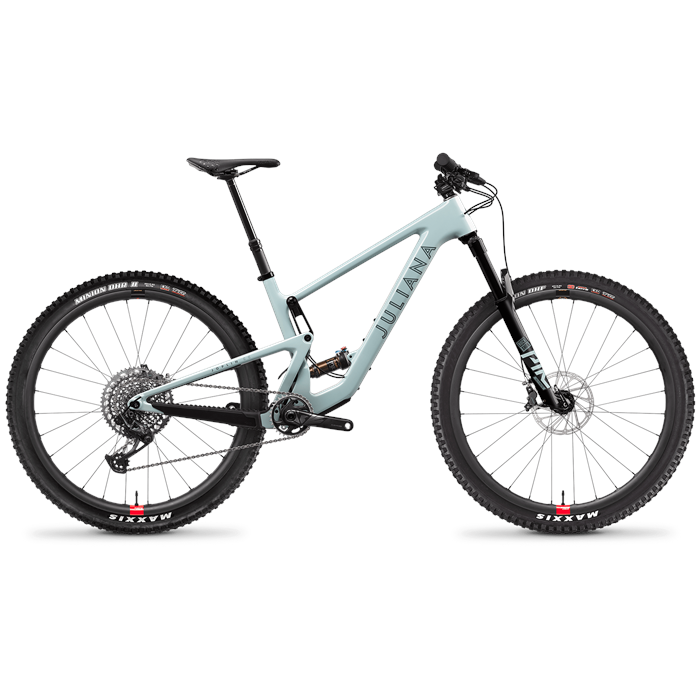 The Juliana Joplin is the brand’s singular XC bike.

It’s equipped with 130mm front and 120mm rear suspension travel, supported by the VPP system, which smooths out bumps and removes wasted watts by providing a responsive pedaling platform. The Juliana Joplin frame comes in either Carbon C, Carbon CC, or Aluminum compositions, so there’s a wide choice suitable for different budgets. You can find Juliana Joplin bikes for sale across the globe from authorized dealers as well as directly from the brand online.

The bike comes with 29″ wheels which are ideal for fast-rolling courses, as well as technical trails where the bike can roll over obstacles more easily than 27.5″ wheels.

They can be raced on the mud and grass and sand, but also used as a road bike or for off-road adventures. They typically have disc brakes and have capabilities for wider tires for those off-road rides. Juliana produces one bike in this category, the Quincy. You’ll find Juliana Quincy for sale in authorized dealers as well as directly from Juliana Bicycles online.

Although there is only one Juliana bike in this category, the brand has spent time designing and developing the Quincy to be as comfortable and suitable across as many terrains as possible for the widest range of riders. 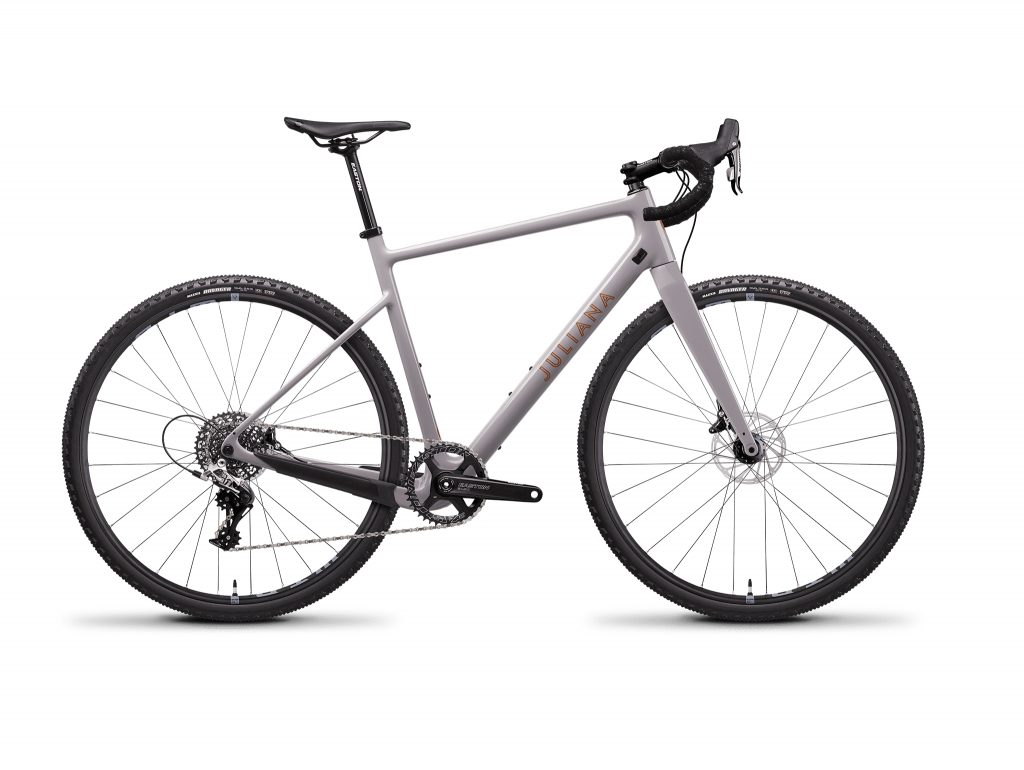 The Quincy is the only Juliana gravel bike the brand produces.

It comes equipped with hydraulic disc brakes for ultimate stopping power no matter the weather conditions, and capabilities for two-wheel sizes; 700c and 650b. The 700c wheel option allows riders to run tires up to 45mm wide and the 650b wheels allows tires up to 2.1″. The bike comes with a one-by (single chainring) drivetrain setup as standard, but it is capable of accommodating a dual-chainring setup if the rider prefers.

The brand also equips the bike with narrower handlebars to match the geometry of the smaller frames and tailoring the bikes to smaller riders who prefer more responsive handling.

Juliana Bicycles are a pioneering brand, manufacturing the first mountain bike designed for women in the late 1990s.

Since then they have branched out their range to gravel, and other suspension mountain bikes. They are a relatively expensive brand but they make quality bikes that could be considered a long-term investment. They have adopted technology from Santa Cruz including the VPP suspension system but design their bikes from the ground up, entirely for women.

If you’re a female mountain bike rider this brand is certainly worth a look.

Juliana bikes are of a similar quality to Santa Cruz for men’s/unisex mountain bikes. They could be considered expensive but you get a lot of technology for the money. They have different tiers of models available and different frame materials to suit different budgets.

Is Juliana owned by Santa Cruz?

Where are Juliana bikes made?

The frames are fabricated in Asia but assembled in Santa Cruz, California.

Where to buy Juliana bikes?