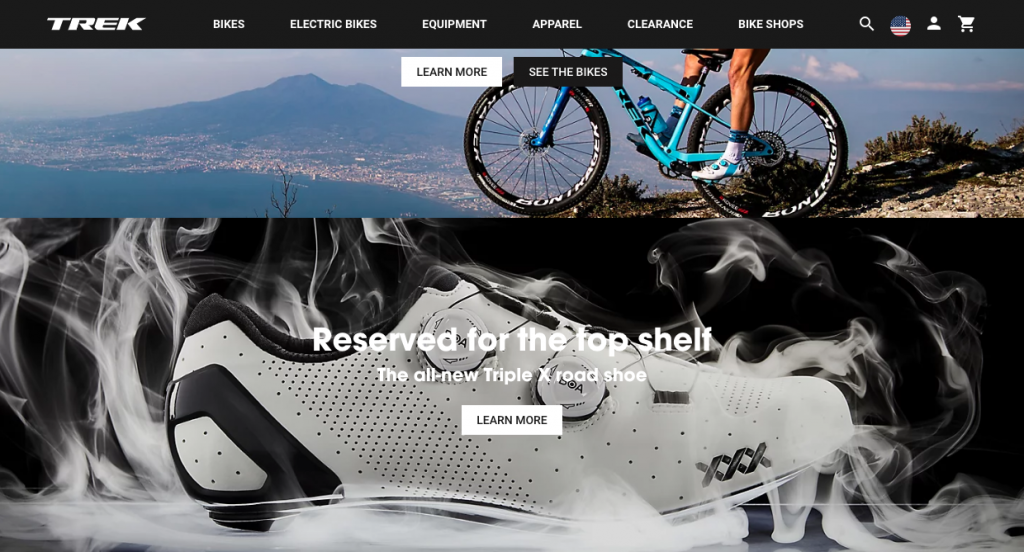 Trek Bicycle Corporation is a bicycle and cycling products manufacturer whose headquarters are located in Waterloo, Wisconsin.

Trek bicycles are marketed through 1,700 dealers across North America. They have distributors in more than 90 nations across the world with subsidiaries in Asia and Europe.

Over the years, this manufacturer has distributed bikes under brand names like:

Trek is the Afrikaans word that stands for “Journey“. Taking a closer look at the history of Trek bicycles, one would agree that it has indeed been a journey.

Over the last 42 years, this company has continually worked to refine and improve its products and persuaded the world to join in and take the journey towards better health and fitness.

This was Trek’s entry into the world of carbon fiber. That same year, to keep up with rapidly growing sales, they added another 75,000 sq ft (7,000 m2) of manufacturing space to its Waterloo headquarters.

That same year Trek introduced its Jazz brand of bicycles, a collection of entry-level and kids’ bikes designed by Trek but manufactured in Taiwan. Jazz bicycles were discontinued in 1993. 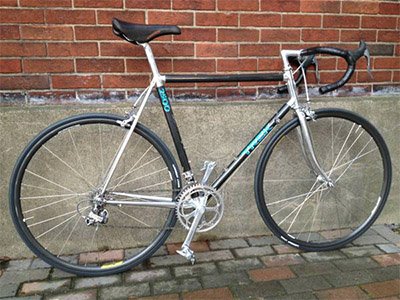 The company further expanded its space to accommodate the new OCLV manufacturing facility.

Fisher had founded Gary Fisher Mountain Bikes in 1983 and sold his company in 1991 to Taiwan’s Anlen company, remaining on as President.

In 2006 Trek launched the “1 World 2 Wheels” campaign. The idea was to encourage Americans to swap their cars for bikes on trips of two miles or less.

Today their mission is to “Help the world use the bicycle as a simple solution to complex problems” such as easing traffic congestion, improving health, seeing the world, and combating climate change.

They’ve cut their coal emissions to nil and parking spaces at their headquarters are allocated for carpoolers only.

Today, Trek produces everything from high-end road, mountain, and triathlon bikes to hybrid, comfort, cruiser, and kids’ bikes. These products are available at a range of prices; the high-performance bikes will require you to dig deeper into your pocket while other bikes are more affordable.

They have also designed bikes and accessories to fit female riders since 2000 and they have a custom bike program called Project One, where customers can choose their own paint scheme and component mix. 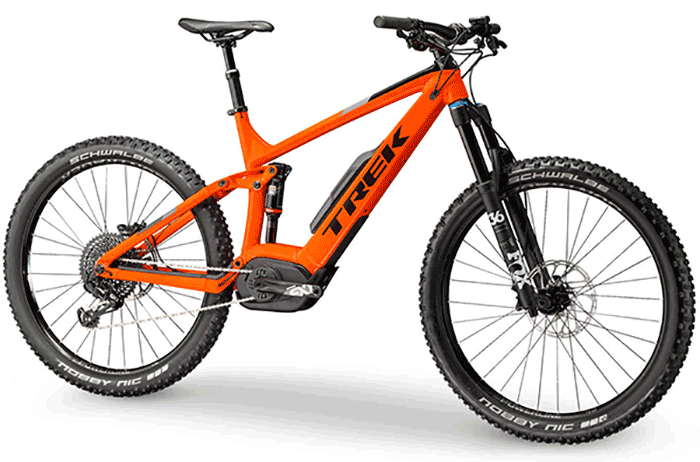 Trek’s mountain bikes are made for off-road adventure, fun, and competition. Among their extensive range of 13 models, you can find something to take on any off-road conditions and fit every budget and rider preference.

They categorize the bikes into four groups: six cross-country models, four trail models, two downhill models, and one fat bike model. Additionally, there are electric mountain bikes which we discuss below.

Among the styles, you can find hardtails, full-suspension gravity bikes; 29″, 27.5″, mulleted wheels; aluminum, steel, and carbon frames; and a range of options from a beginner hardtail to a World Championship-winning beast.

Trek is most widely recognized for its exceptional road bicycles, used by the World Tour team Trek Segafredo. Their road bikes are made for speed and efficiency on paved surfaces and gravel.

The company makes four distinct styles of road bikes in a range of builds:

You can find Trek road bikes with OCLV Carbon or Alpha Aluminum frames and SRAM or Shimano groupsets, depending on the price, which ranges from just over $1,000 for the cheapest Domane AL 2 to over $12,500 for the highest spec version of each.

Trek also mentions its aim to make each bike as effective as possible for both sexes, eliminating the need to find a women-specific model. 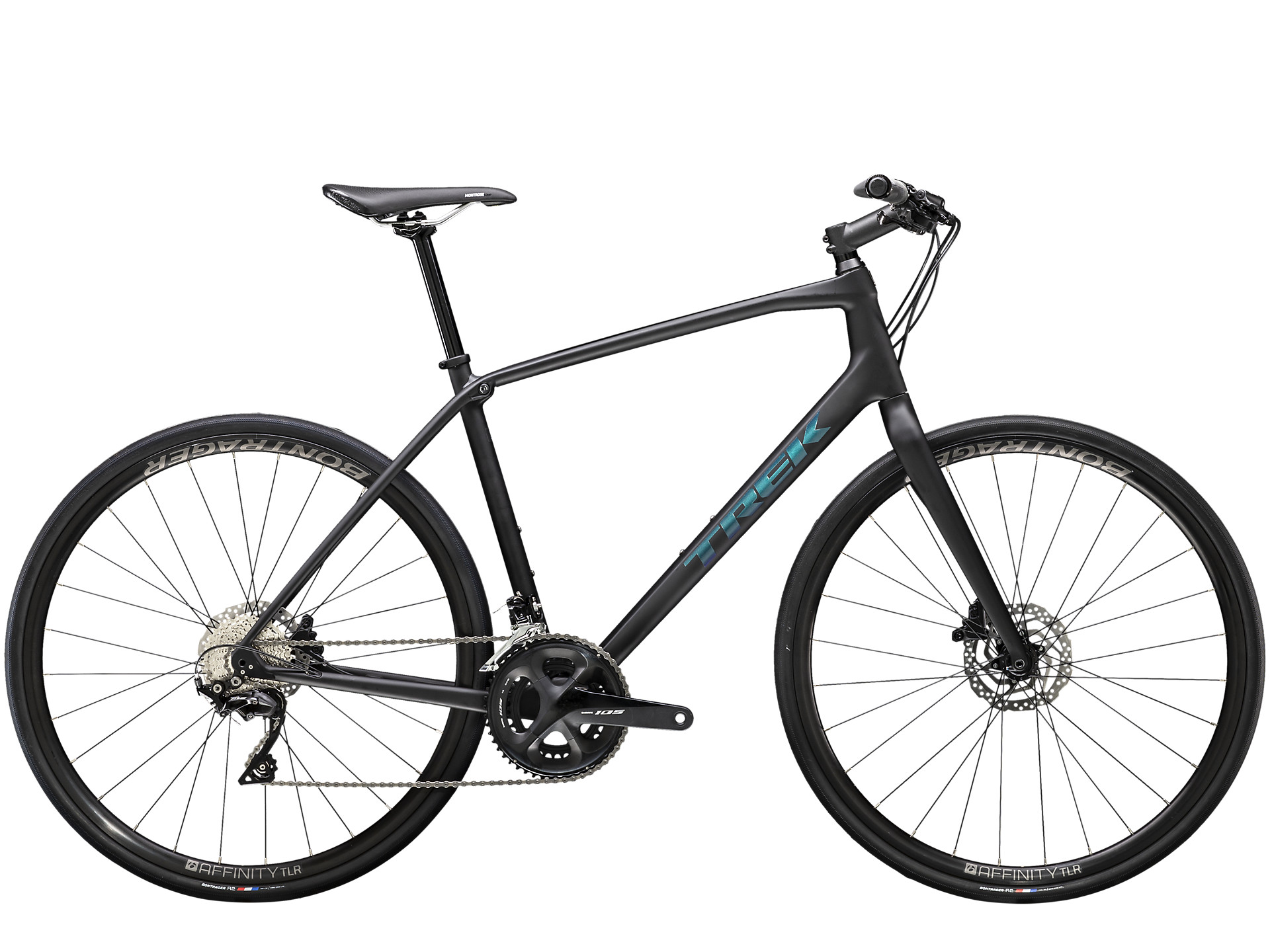 Trek hybrids are another hugely popular range of bikes among casual cyclists. These urban bikes are designed for versatility and benefit from the trickle-down of technology from the brand’s most innovative models. These hybrids include:

These bikes come in various builds, including OCLV Carbon or Alpha Aluminum for the frames; step-over, step-thru, or low-step designs; IsoZone handlebar-integrated suspension, IsoSpeed Decoupler for endurance comfort, and mounts for a rack and fenders.

These bikes range from around $500 for the cheapest FX 1 to over $2,000 for the most expensive FX 6 Carbon and can be paired with various accessories to customize the bikes for your diverse urban or commuter needs. 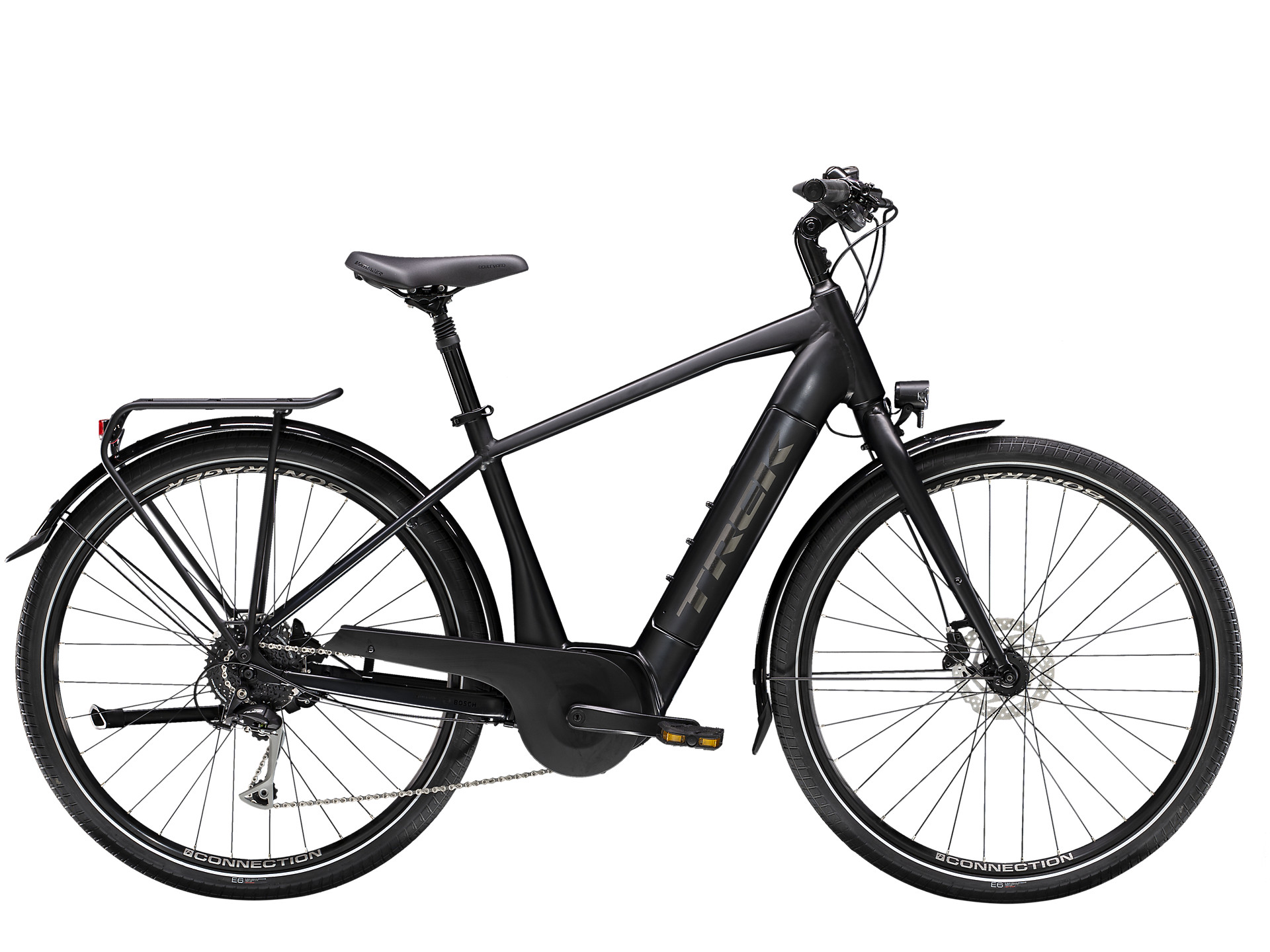 Each of Trek’s traditional bike ranges has a selection of e-bikes to complement it. This includes eHybrid, eMTB, and eRoad.

All of their bicycles use Bosch e-bike systems. Bosch produces some of the most innovative systems on the market with stylish integration, powerful mid-drive motors, and large-capacity batteries.

Trek uses the design technology found on their traditional bikes on many of their electric ranges, such as the IsoZone, IsoSpeed suspension, and premium frame engineering.

These e-bikes cover a wide price range, comparable to the standard bikes, beginning at around $1,600 for the entry-level Electra Townie up to $12,500 and $13,500 for the top-end road and MTB models.

Trek once supported the now-disgraced American cyclist, Lance Armstrong, through his peak years. In 1997, it helped him sign with their sponsored team – US Postal Service Pro Cycling.

He won his seven editions of the Tour de Frances on bikes bearing their brand name, but all of his “wins” were later taken from him following doping violations.

Where are Trek bikes made?

Trek bikes are made in China, Taiwan, the Netherlands, and Germany. Most of the manufacturing of Trek’s bikes and accessories takes place in China and Taiwan, as with most major bicycle brands. However, very select models are still produced at their Wisconsin factory.

Where to buy Trek bikes?

You can buy Trek’s bikes at physical and online retailers worldwide, both online and in-store. Trek has its own physical stores and ambassador bike shops that mostly stock or only Trek bikes. You can find a list of all their online and physical retailers through the Trek.com website.

How much is a Trek bike?

A Trek bike can cost as little as $450 to $13,500. Each Trek model has various spec levels which change the price incrementally, meaning you can find a Trek bike in any price range. The company’s most popular models like the FX, Domane, and Powerfly have many pricing levels.

What size Trek bike do I need?

The size Trek bike you need depends on the model you buy, your body measurements, and preferences. Each of Trek’s products has a corresponding sizing chart on its web page to help you find the correct size. You can also use Trek’s network of Precision Fit technicians professional fit.

When did Trek stop making bikes in the USA?

Trek stopped making bikes in the USA in 2017. According to sources inside the company, they then moved the final 1% of US production to their overseas factories. However, 99% of the production was already in China, Taiwan, the Netherlands, and Germany.

How do I tell what year my Trek bike is?

You can tell what year your Trek bike is by finding the serial number on the underside of the bike’s frame, next to the bottom bracket. Then, contact your local Trek dealer or get in touch with the company’s customer service and provide them with this number to find out.

Trek Bikes is a privately owned company. Initially, the parent company was called Intrepid Corporation. However, Intrepid changed its name to Trek Bicycle Corporation in the 1990s and stopped its non-bicycle-related business due to the incredible success of the biking giant.