Marin’s a bike brand founded in Marin County, California, and formed in 1986. Marin County is the birthplace of the mountain bike culture.

Its legendary informal race down Mt. Tamalpais partly shaped not only the sport but the whole mountain bike lifestyle. Marin Bikes was founded in the early days of this uproar and today offers a complete line of mountain, road, pavement, and kid’s bikes. Bob Buckley one of its founders, became enamored of the sport thanks to the advice of a local doctor.

The man soon found that he wanted to make a living from selling his passion and teamed up with local enthusiasts and engineers, and created Marin Bikes. His vision? Create affordable quality bikes that handle like champs on rocky terrain. The marketing hit that was Marin’s first model, the Madrone Trail, laid the foundation for three decades of their products.

In 1988, Marin was one of the industry’s first mass producers of titanium mountain bikes. Over the years, the company has created hybrid models. explored and patented vogue full-suspension designs, and participated in hundreds of World Championships. Today Marin, offers an aggressive catalog of a mountain, fitness/transit, drop bar, and pedal-assist bikes.

Marin builds bikes for all budgets, from entry-level hybrids to competitive mountain bikes worth tens of thousands of dollars. Some of their top-of-the-range bikes are ridden by professional cyclists and often feature in mountain bike competitions around the world. 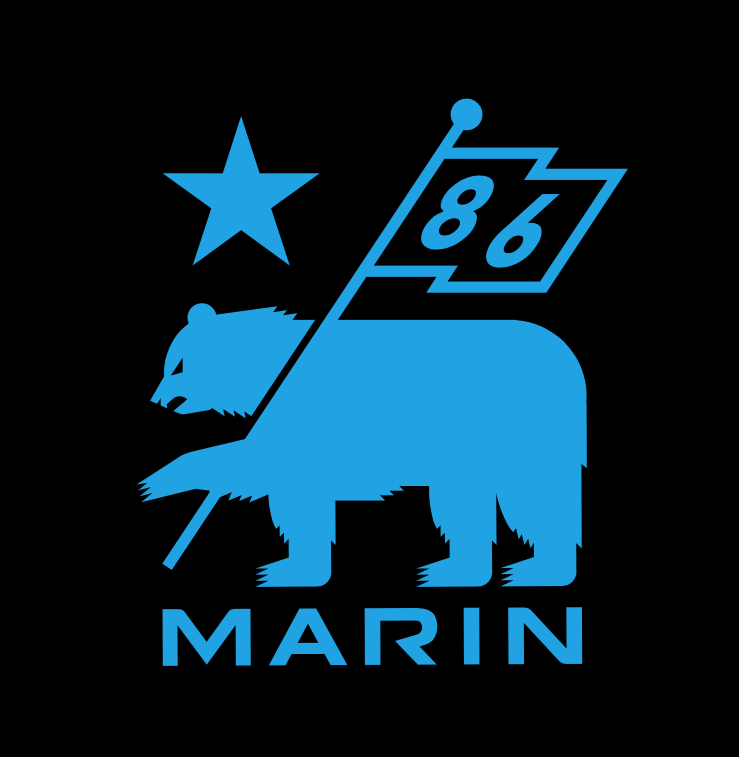 Marin is a long-running and well-trusted bicycle brand and one of the first companies to start producing mountain bikes back in the ’80s. Following an acquisition in 2012, Marin has expanded its operations and begun developing a wide range of technologically advanced bicycles including full-carbon frames, enduro bikes, and e-bikes.

Where Are Marin Bikes Made?

The Marin bicycle company is based in Marin County, California, an area considered to be the birthplace of mountain biking. The surrounding countryside is dotted with classic offroad biking trails like the Muirwoods, Bolinas Ridge, and Pine Mountain, after which several Marin bike models are named.

Since 1986, Marin bikes designed and built a wide range of bikes in its factory based in Novato, Marin County – several of which have gone on to win awards in various biking competitions. While the bikes are now manufactured in Asia, they are still designed at Marin headquarters in Petaluma, California.

In 2012, Marin Bikes was sold to European Investment firm Minestrone in a bid to improve production and innovation and reach broader international markets. The company was founded in 1986 by Robert Buckley and run as a family business for over 25 years.

San Quentin
Named after one of Marin County’s toughest areas, this hardtail is an aggressive 27.5″ trail bike with three model kits.

Bobcat Trail
The Bobcat is a singletrack beast with a lightweight aluminum frame to fit 27.5″ or 29″ wheels.

Bolinas Ridge
A solid mountain bike with disc brakes, 27.5″ or 29″ wheels, and fat 2.25″ tires for added comfort and traction

Alcatraz
Developed in conjunction with Matt Jones, the Alcatraz is Marin’s competitive dirt jump and slopestyle bike with a tapered headtube and horizontal dropouts. 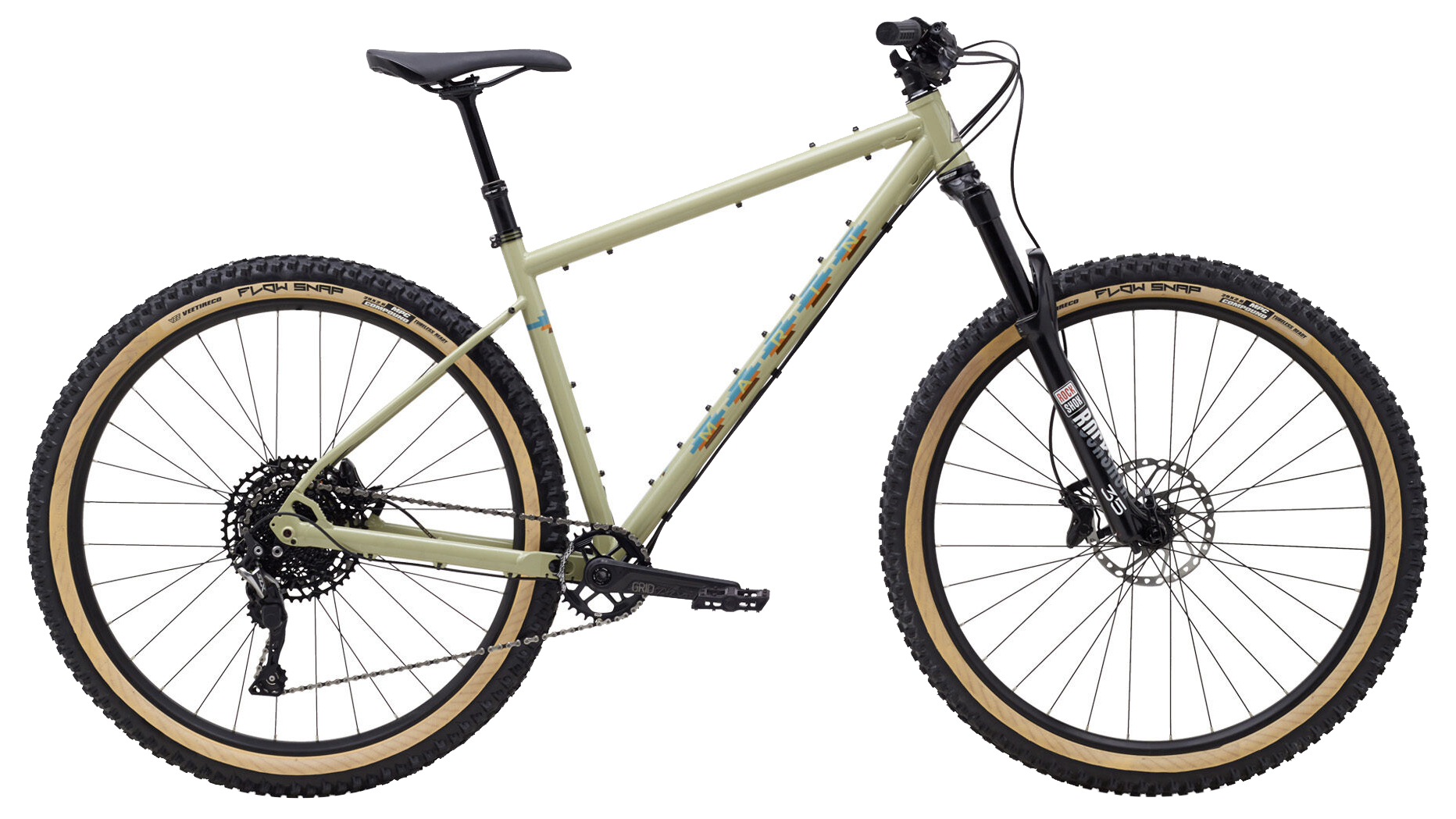 Marin’s PINE models are in a way the company’s flagship.

A catalog of bikes that are carefully overhauled every year and fixed with the newest features and technology available in the market. To put it into perspective, Pine is the equivalent of Marin’s iPhone, once a year it gets an upgrade; you can still buy, at a lower price, last year’s model.

And the comparisons don’t stop there, like the iPhone, Marin started incorporating different features and popping out VIP models that differ from the base design, amongst them, the E line up which incorporates a Shimano STEPS E8000 system & 504Wh battery.

In general, Pine models are double Butted CrMo, 27.5+ Wheels, Boost 141x9mm Open Dropouts, who’s other features are a mix and match of that year’s best offerings and tech’ innovations. This new 29″ inch hardtail adventure trail bike with CroMo frame comes in two models and is ideal for bikepacking.

Hawk Hill
One of the newer Marin bikes with a frame that inspired the updated Rift Zone, the Hawk Hill has short travel suspension and three models from entry-level to pro. 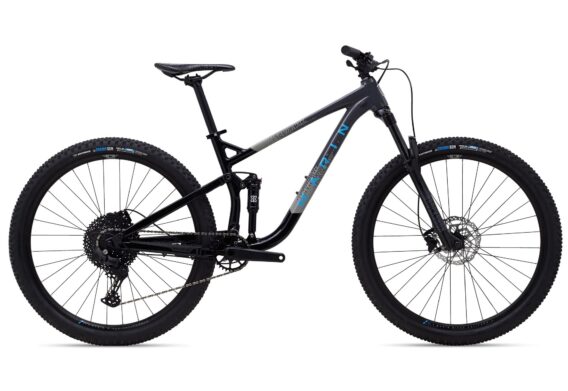 A classic Marin 29’er which has received a 2019 overhaul to meet the current trend of lower and slacker rides, the new Rift Zone uses an adapted MultiTrac system and comes in three models.

Fitness
The Marin Fitness bike range consists of the Fairfax and Terra Linda, both with comfortable upright positions designed for short weekend rides or work commutes.

Larkspur & Kentfield
These two city and sportbikes feature rack and fender mounts for carrying luggage and upright riding positions to keep you comfortable on long rides.

Stinson
The lightweight aluminum Stinson has adjustable ergonomic handlebars and an elastomer-sprung-saddle with low geometry for ultimate comfort. 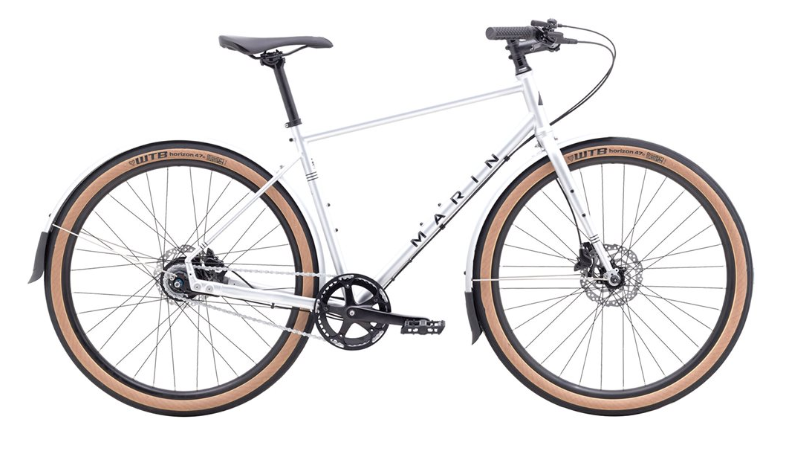 This robust urban bike will have you running errands around the city with no trouble, carrying heavy loads, or simply taking the long route home.

Nicasio
This lightweight, carbon forked gravel racer is designed to take on any on-road or offroad terrain with comfort and ease. 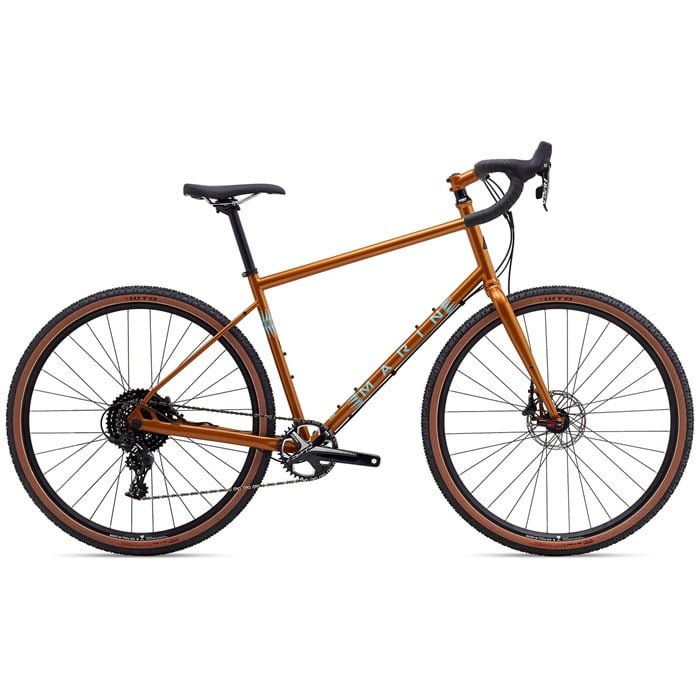 With geometry based on biometric fit data, the Four Corners is a multipurpose touring bike that suits people of all sizes from 4’11” to 6’4″. 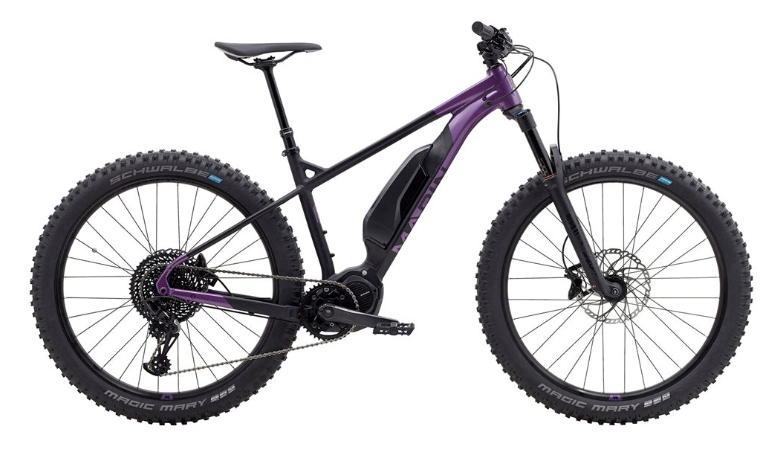 These two dual sport electric bikes are perfect for commuting or short distance touring without the worry of arriving sweaty and exhausted.

The powerful Shimano STEPS electric drive unit on this eBike will offer hours of trail riding fun for mountain biking or offroad touring.

The Nail Trail E1 and E2 are two hardtail eMTB bikes that use traditional mountain bike design while giving riders the chance to go longer with less effort. It is a hybrid electric mountain bike that’s made for giving the extra boost on rough terrain and long rides. It has all the bells and whistles of a great mountain bike plus a fancy electrical system just for the heck of it. The Nail Tail E1 sports a series 3 E 6061 Aluminum, 27.5+ wheels, Post mount, forged dropouts, 148×12 thru-axle, Crown Gem 27.5×2.8″ tires, and a killer Shimano E8010, 500Wh battery.

San Quentin 24/20
Kids’ size bike with adult bike capabilities – the San Quentin has two size models on their range, priced for $949 it’s got awesome features to check out! 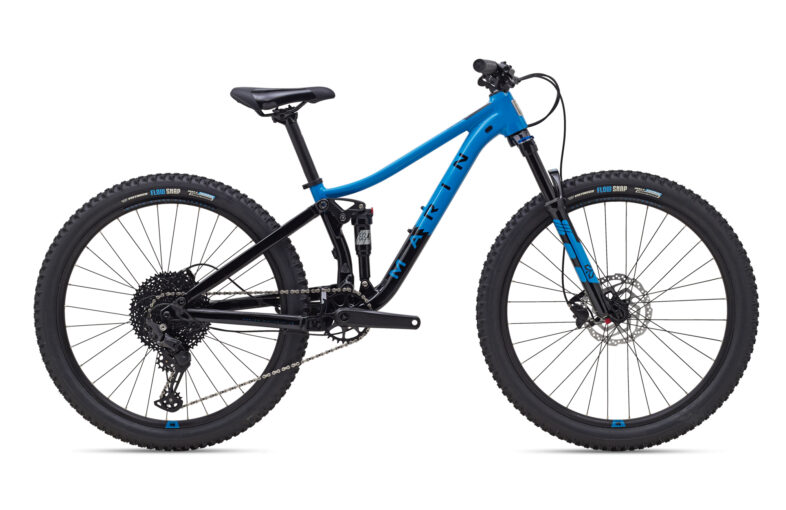 Where to Buy Marin Bikes?

Marin bikes are commonly found in independent bicycle shops around the world as well as several large online distributors.

Best Bike Stores – Where to buy