A Complete Review of the 3T Bikes Brand

Originally a bicycle part-focused company, 3T bikes was founded in 1961 by Mario Dedioniggi in Torino, Italy.

Formerly known as 3TTT—Tecnologia del Tubo Torino (Turin Tube Technology), the company was not much more than a simple tube-bending machine until they began to manufacture parts and components for bicycles, even sponsoring professional teams including Team CSC in 2008, of which famed cyclist Fabian Cancellara rode for.

The company began to use carbon fiber composites in the 1990s for its components. These included handlebars, cranksets, and stems, among other parts. Sponsorship of professional teams continued and in 2016 they released their first bicycle; the Exploro.

The Exploro was the brand’s first bike, and first gravel bike at a time when the popularity of gravel was rising.

Although the company began small, they now produce a range of 3T road bikes and 3T gravel bikes as well as components and accessories that are available to buy all over the world. 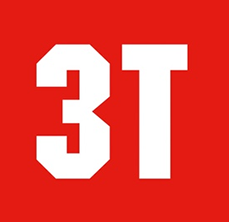 Although the company started with humble beginnings, 3T has made quite the storm in the cycling world.

In 2016 they bought a German component manufacturer, THM. They make carbon fiber components for bicycles in Germany, and the partnership allowed 3T to join their manufacturing capabilities and create extremely lightweight products alongside THM. They currently manufacture cranksets, handlebars, stems, seat posts, and wheels – a perfect complement to 3T’s range of parts and bicycles.

In 2009 they stepped up their cycling sponsorship investment and supported three professional teams; Garmin-Slipstream, Team Milram, and the Cervélo Test Team, which used the Cervélo 3T bike. During these sponsorships, 3T only contributed with bicycle components such as the 3T Funda team carbon road bike forks, stems, and cranks.

In 2018, after the launch of their first road bike, the 3T Strada, the brand re-entered the professional cycling scene by sponsoring UCI Professional Continental cycling team Aqua Blue and supplying them with their Strada road bike.

The 3T Aqua Blue bike was met with some resistance from the riders, as it was set up with a one-by drivetrain, which limited the gear range possible for the riders. There were several mechanical issues and unfortunately the sponsorship didn’t last.

Currently, 3T doesn’t sponsor any WorldTour or professional cycling teams, instead, focusing on sponsoring the ‘Enough Cycling Collective‘, a group of eight amateur riders across the globe that share their cycling experiences from racing to gravel riding and bike packing adventures.

Currently, there are four bikes for consumers to choose from, with prices starting from $2,999 for a fully built bike. The 3T bike reviews are often positive, citing their commitment to improving the aerodynamics of their gravel bikes, although their price points often let them down, as they can be seen as expensive. However, each bike comes with different levels of specifications so you can choose one most suited to your budget.

3T bike dealers can be found across the globe, so you don’t need to worry about missing out on their range.

3T have three gravel bikes in their selection, the 3T Exploro Race, the 3T Exploro Max, and the 3T Exploro Pro/Team. Each is aerodynamically designed to cheat the wind even at slower speeds, as well as providing a comfortable and agile ride across several different terrains. The 3T gravel bike range is versatile and worth a look if you’re in the market for an upscale gravel bike. 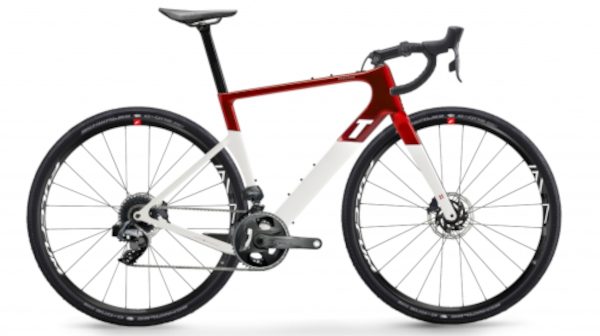 The 3T Exploro Race is one of 3T’s race bikes for gravel.

Designed with aerodynamics in mind, the bike can cheat the wind with its rear-wheel cutout, narrow headtube, and aerodynamic profiles throughout the bike. Although delivered with 700c wheels, you can swap them out to 650b to fit wider tires for even more gravel capability.

This 3T bike Exploro is constructed using unidirectional pre-preg carbon fiber and comes in a choice of two colorways; Grey/Orange, or Red/White. 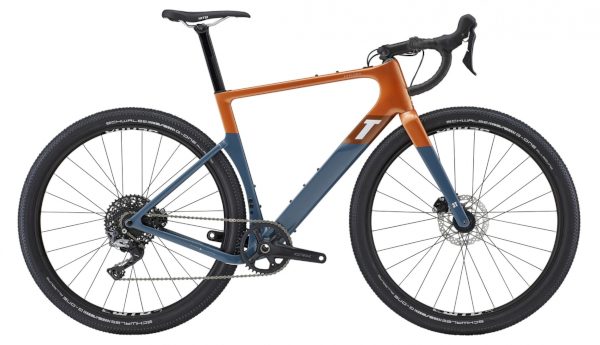 The 3T Exploro Max is an out and out gravel bike, designed to conquer the trails and get there at speed.

3T claims that it is set up with aerodynamic performance in mind as well as comfort over the rough stuff. They also suggest that the bike can accommodate tires up to 61mm wide in WAM (width as measured) terms. The wide tire capabilities make this bike very attractive if you’re planning on riding over some particularly tricky terrain on a drop-bar bike. 3T also claims that the bike rides like a road bike on the road, making it a versatile do-it-all bike.

There are several configurations of this bike including just the 3T bike frame, which has an MSRP of $3,199. The price of a fully built bike with a Shimano GRX 1X groupset costs $4,199, and the top-spec bike with an SRAM Eagle AXS 1X groupset costs $5,999. All are available in a Grey/Orange colorway. 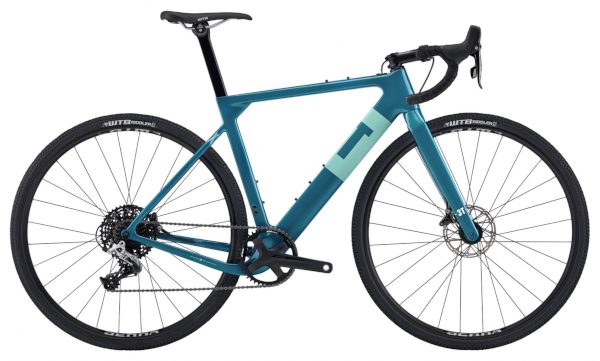 In 3T’s words, the Exploro Pro/Team is the world’s first full-aero gravel bike.

They claim the bike is fast on any surface and combines the prowess of a mountain bike with the speed and agility of a road bike. Tires up to 54mm wide can be used without issue, and the bike is compatible with both 700c and 650b wheel sizes so you can kit out your bike to your ideal specifications depending on the terrain.

3T tested the bike in the wind tunnel at 20mph speeds and optimized their frame design around water bottle usage on the downtube. They claim that the 3T Exploro Pro/Team was faster in these conditions than a standard round tube road bike with 28mm tires.

It comes in four configurations and each one has a designated colorway. Prices start from $2,999 for the Exploro Pro Rival and increase to $5,199 for the Exploro Team Force/Eagle eTap. The available colorways include Dark Blue, Grey/Red, Light Green, Dark Brown, and Blue/Light Blue.

3T launched their first road bike after their foray into the gravel sector, and to mixed success.

They sponsored the continental team Aqua Blue with their Strada bike, of which you could buy a 3T Strada Team Replica Aero Road bike, but the one-by drivetrain system proved to be unsuitable for the rigors of WorldTour races. Currently, 3T only makes the one road bike, the 3T Strada although it has been through more iterations since its first inception and is now an aerodynamic and capable bike with the choice of one or two-by drivetrains. 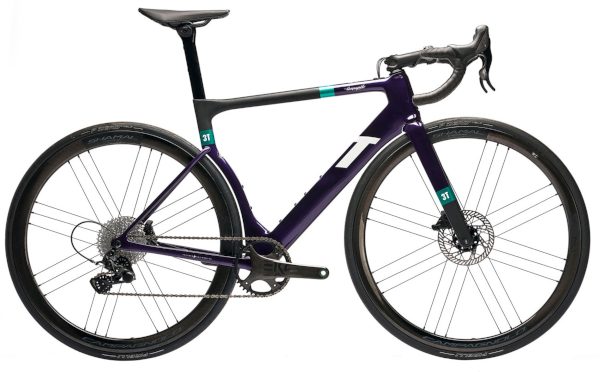 The 3T Strada road bike is a minimalist aero bike built for speed.

By using a curved seat tube and thin seat stays, the 3T Strada promises to be a highly comfortable yet fast bike for those who want to race, or just train on the road. While they do offer 2X drivetrain options, the bike is aerodynamically optimized around a 1X drivetrain system, so keep that in mind if you’re looking to buy one.

3T have also optimized the bike for wider tires, which improve comfort and lower rolling resistance means you’ll go faster. From the cobbles to mountainous climbs, the 3T Strada is a do-it-all road bike.

For a fully built bike featuring a Campagnolo Ekar 1×13 groupset, the MSRP is $5,499. You can, however, buy the frameset separately and build it to a specification level of your choosing. The MSRP for this is $2,199 and comes in a wider choice of colors.

3T began as a maker of bicycle components, and currently, they make a selection of drop bars, stems, wheels, cranks, and cassettes as well as supplying spare parts for those maintenance tasks on your bikes and kit with the logo on.

After they acquired THM, the lightweight bicycle component manufacturer, they widened their scope to the current range of parts they offer. They are at the forefront of manufacturing lightweight yet strong carbon fiber and aluminum bike parts and carry with them heritage and respect in the professional peloton.

On their website and from selected dealers across the world, you will find a selection of 3T bike accessories and components for sale.

These cover a base of road and gravel bikes, with speed and comfort the priority. Manufactured using carbon fiber, these handlebars are each incredibly lightweight yet strong. 3T was a popular component brand in the professional peloton a few years ago, with bars such as the 3T Aeronova team Stealth carbon bike handlebars.

Currently, 3T’s handlebars all retail for $349 so they are on the expensive side, but let’s not forget the history and research and development that has gone into the production of these components that warrants this price tag. 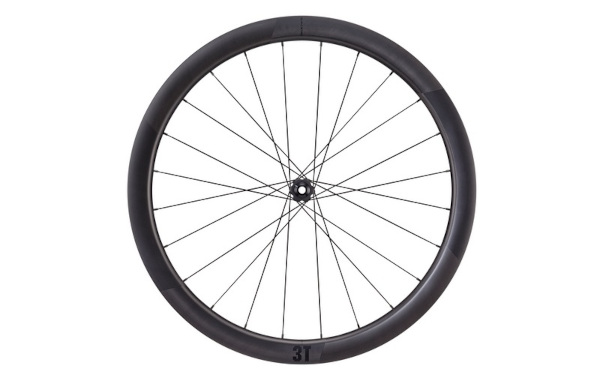 3T also make a selection of wheels, all for bikes that use disc brakes.

The Discus 45|40 LTD is a wheelset designed to be aerodynamically optimized for 35/40mm tires. With a 29mm internal width, you can choose from a wider selection of tires to suit your bike. Although ultimately designed with the 3T Exploro gravel bike in mind, this 700c wheelset can be used on any compatible disc brake bike. The MSRP is $2,399.

The Discus 45|32 LTD is a disc wheelset for road bikes, designed to be optimized for 28-30mm tires. Again, the wheelset was designed with the 3T road bike Strada in mind, but it can also be used on gravel bikes as well due to the strength of the wheel. The MSRP is $1,999.

DiscusPlus i28 LTD is a wheelset built to withstand even the harshest of gravel rides. A 650b wheelset, it can handle wider tires than a typical 700c wheelset can, making it an incredibly versatile disc wheelset. The MSRP is $1,999 and the weight for the wheelset (front and rear) is 1508g (+/- 5%), making it a lightweight option for those looking to explore a wider tire.

Other components and accessories 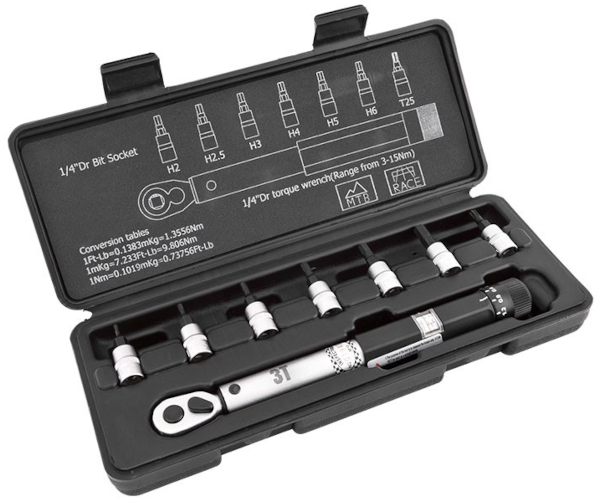 3T also manufacture stems, cranks, and cassettes, albeit only one in each category at this time.

They are designed to be used in conjunction with their branded bikes but will work just as well on other brands. 3T also designs and manufactures their spare parts for each of their bikes and components, so you can be sure you’ll be able to maintain and fix your 3T product long after you’ve bought it.

Accessories are also sold through their online shop as well as through registered dealers across the globe. These accessories include tri-bar extensions, water bottle cages, GPS computer mounts, and tools such as torque wrenches.

They also sell merchandise such as cycling kits and off-the-bike kits such as hoodies and t-shirts.

Where are 3T bikes made?

3T bike frames are made in Asia but are shipped across the world. 3T also undertake frame testing in their headquarters in Italy. They also manufacture their components in-house in Italy, with the acquisition of THM allowing them to expand their carbon-fiber manufacturing capabilities in Italy.

3T bikes are designed to be aerodynamic and fast as well as comfortable. Given they have only relatively recently begun manufacturing and selling bikes, they have received plenty of positive reviews from journalists and bike testers across the globe. Their components are more respected and have a longer history than their bikes do, and are worth a look at if you’re in the market for a new set of wheels or a new stem!

3T bikes are relatively new in terms of bike manufacturing.

Their first bike was released in 2016 and since then they have developed their stable to be able to offer a range of four bikes – three gravel bikes and one road bike. They have improved their models and pay a lot of attention to make them as aerodynamically capable as possible while maintaining comfort with the rider in mind.

They may be considered expensive but they are an investment bike, and with 3T selling replacement parts and accessories on their website and across the globe, you can be sure you’ll be able to replace or maintain your bike when it needs a bit of TLC.